John Paul II, who served as Pope during the last 25 years of the 20th century and who led the Church with hope into the third Christian millennium, was beatified six short years after his death on May 1, 2011. Born in 1920 to a devout Catholic family, ordained a priest in 1946, ordained a bishop in 1958, and elected Pope on October 16, 1978; the first non-Italian Pope in 455 years. From that moment he took the Church and the world by storm. He traveled the world to proclaim Jesus Christ to all people, making a tremendous impact on hearts and minds and drawing large crowds everywhere he went. John Paul II never let oppression and tyranny spoil his dreams or dampen his faith. It is a message every child needs to hear as they try to be a true follower of Jesus. (Grade 4+, 111 pages, 4 ½” x 7”, PB, $)

This title in the series for younger readers tells the inspiring story of Saint Gianna from her awaited birth to her touching death. This book reveals the friendly and loving Gianna while we see her coping with the death of her siblings and later her parents, moving to different places throughout her childhood years, struggling with schoolwork, falling in love with her future husband, fulfilling her duties as a doctor and raising children. Gianna was impressed with the idea that we can prepare ourselves for heaven by the way we live on earth. Gianna studied medicine and became a doctor in 1949 specializing in pediatrics. Practicing medicine was not just her job, but the way she obeyed Jesus’ command to love one another and nurture both body and soul. It was not until she met Pietro, the brother of one of her dying patients, that Gianna realized that God was calling her to marry and be a good Christian wife, mother and doctor. (Grade 4+, 112 pages, 4 ½” x 7”, PB, $)

St. John Vianney: A Priest for All People
By Elizabeth Marie DeDomenico, FSP

Discover the life story of St. John Vianney—beloved patron saint of parish priests. From his youth during the tumultuous French Revolution, to his difficult years of study and amazing work to rebuild the parish of Ars, John Vianney is a model of love for God that spilled over into tireless care for others. Historical and cultural details make the story of this remarkable saint come alive for young readers. Also includes a glossary, features black and white illustrations by Ben Hake and a concluding prayer. (Grade 4+, 128 pages, 4 ½” x 7”, PB, $)

Canonized by Pope Benedict XVI on October 11th of 2009, Joseph De Veuster was an ordinary boy growing up in Belgium in the mid 1800’s, planning to take over the family farm as he grew older, until he was called to a new vocation-the life of a priest. Joseph became Father Damien and was sent as a missionary to Hawaii and, eventually, to volunteer to go to Molokai to become the priest for those suffering from leprosy. He ministered to those who were quarantined on this remote and desolate island. He brought dignity and more important, Jesus in the Eucharist to his new family, the lepers of Molokai. This truly is an amazing and inspiring life of service in the name of God. (Grade 4+, 102 pages, 4 ½” x 7”, PB, $)

Kidnapped into slavery at the age of seven and brought to Italy as a teenager, the indomitable Bakhita eventually became a Catholic nun and spent over fifty years joyously serving her Lord as a Canossian Sister. In 2000, Pope John Paul II canonized her. This African saint’s engrossing life story, heroic choices, and forgiving heart make her a wonderful role model! (Grade 4+, 102 pages, 4 ½” x 7”, PB, $)

Learn about a saint of our times…a brilliant Jewish philosopher born in Germany before WWI. After reading the biography of St. Teresa of Avila, she converted in 1922 and became a Carmelite nun! She was also martyred in Auschwitz during WWII and was canonized by John Paul II in 1998. (Grade 4+, 115 pages, 4 ½” x 7”, PB, $)

Learn about another great saint of our times… born in Poland in 1894 to poor, but devout Catholic parents. At a young age, he asked Mary what would become of him…and when she appeared to him, she asked would he accept the crown of purity or of martyrdom. He accepted both! After becoming a Franciscan priest, he began Militia Immaculatae as well as a publication Knight of the Immaculate. In Nazi occupied Poland, he was sent to Auschwitz, where he asked to take the place of another prisoner (who was a father and husband) selected for starvation in reprisal for the escape of three prisoners! He was canonized by John Paul II in 1982. (Grade 4+, 115 pages, 4 ½” x 7”, PB, $)

St. Pio of Pietrelcina: Rich in Love
By Eileen Bertanzetti

Known to us first as Padre Pio, he was born of poor farmers in southern Italy in 1887. He had poor health, but through grace became a priest in 1910. Many were attracted to his confessional and saintly counsel, including an elderly, saintly Italian neighbor of ours. He became the first priest to bear the wounds of Christ stigmata in 1918. His life was one of austerity and suffering till he died in 1968. (Grade 4+, 112 pages, 4 ½” x 7”, PB, $)

The name Mother Teresa of Calcutta is known to all of us… get to know her life story! She followed her first calling to become a nun and her second calling to serve “the poorest of the poor”. Since 1950, when she began the Missionaries of Charity, her work knew no boundaries… the poor are “… Christ in distressing disguise.” She died in 1997 and was beatified in 2003. (Grade 4+, 132 pages, 4 ½” x 7”, PB, $)

Blessed Pier Giorgio Frassati: Journey to the Summit
By Ana Maria Vazquez and Jennings Dean
Pier Giorgio Frassati, beatified by Pope John Paul II in 1990, lived only twenty-four years. But in that short time, he lived his life to the fullest. His student escapades, his athletic achievements, and his dedication to helping the poor all combined to make this amazing young man an “avalanche of life.” (Grade 4+, 142 pages, 4 ½” x 7”, PB, $) 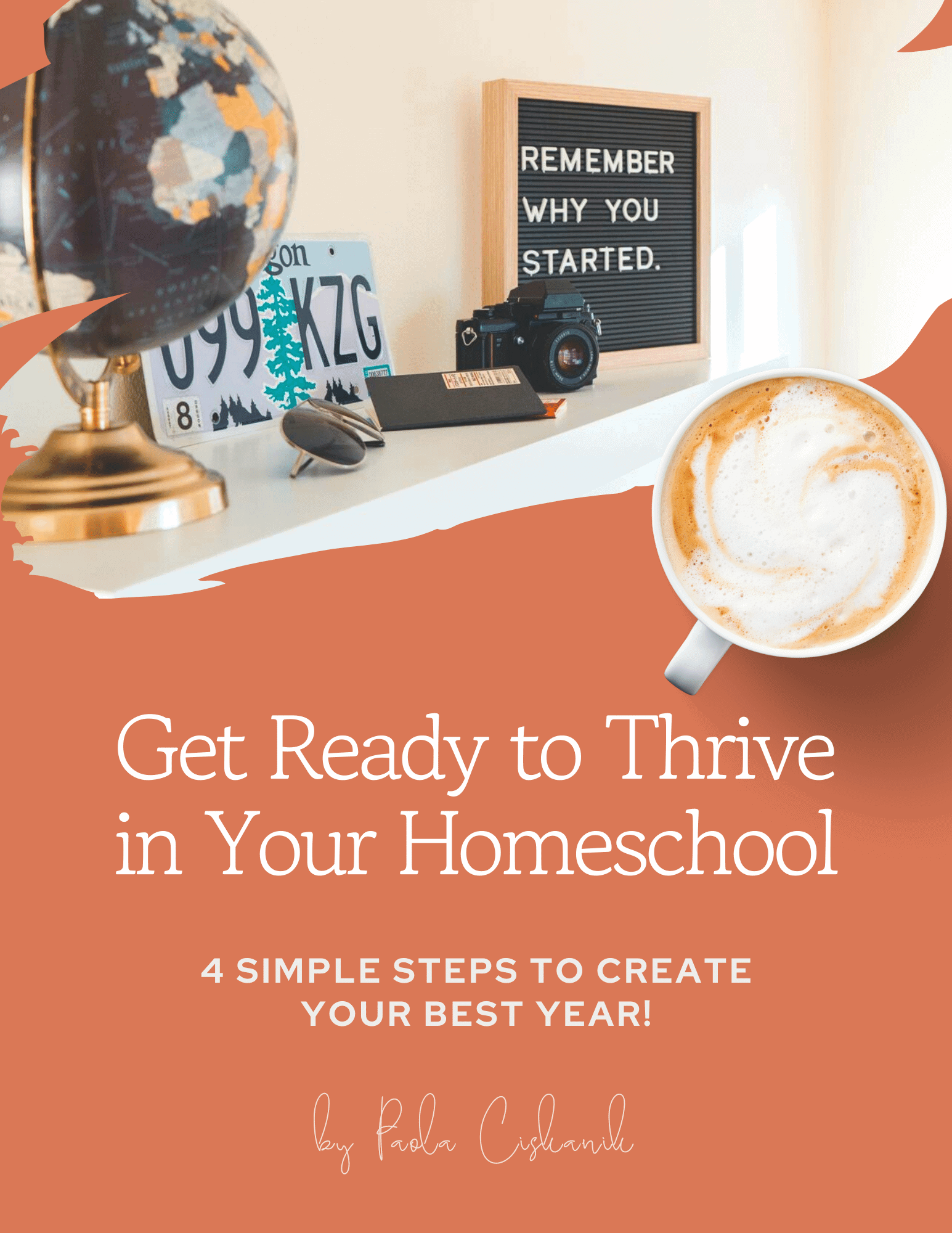 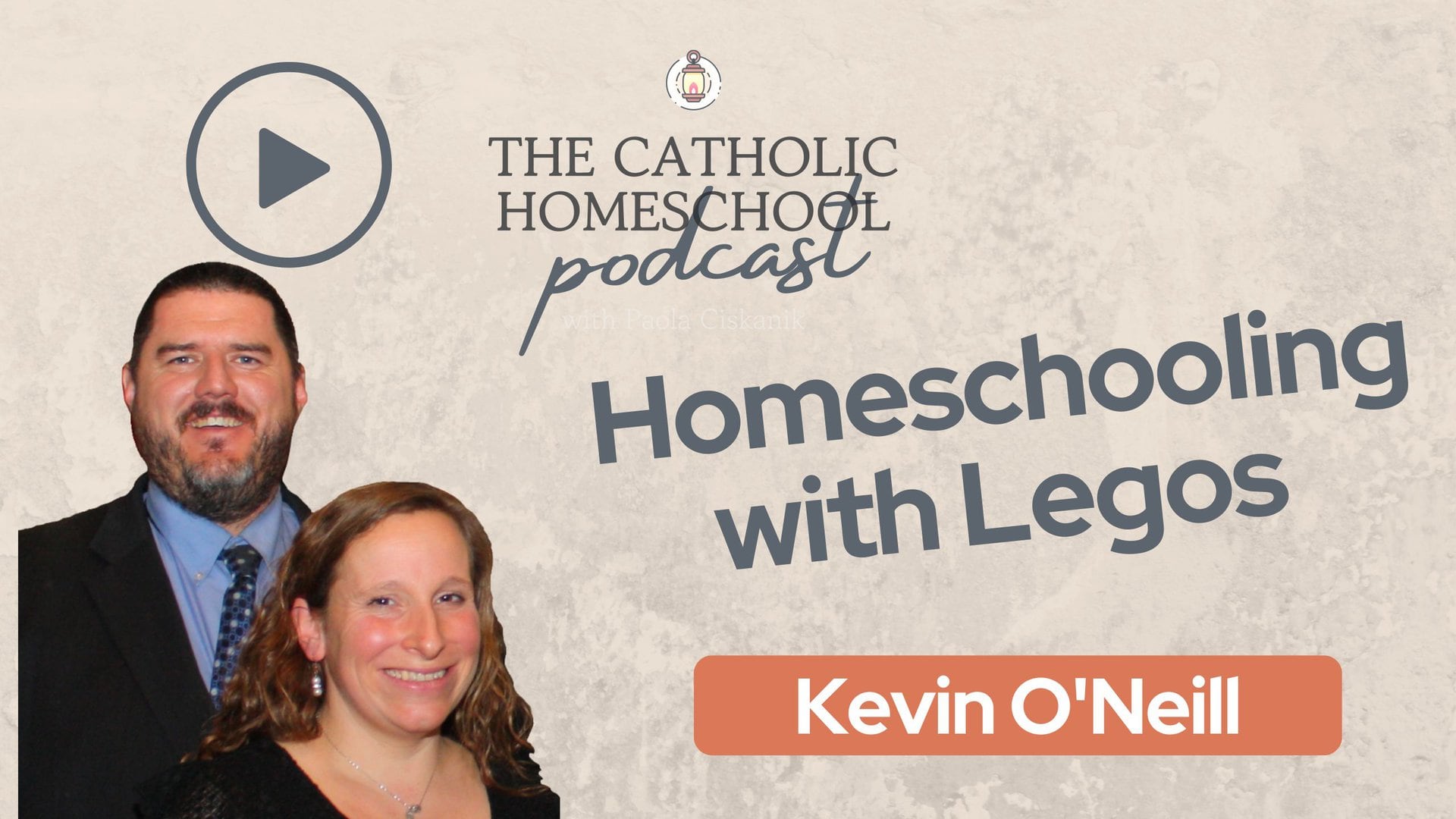 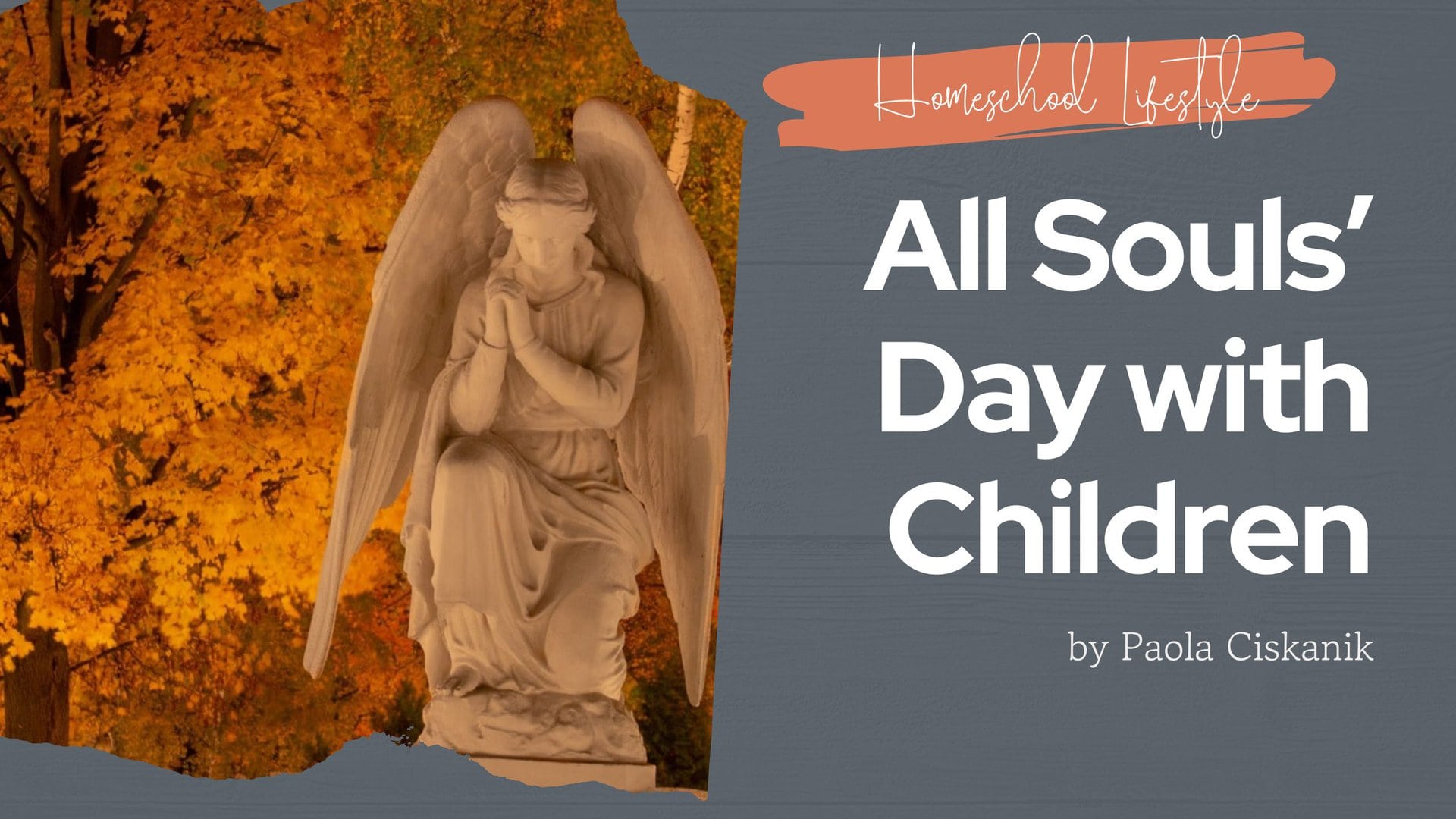 Sharing All Souls’ Day with Children

This past year we had quite a few funerals, more than I can ever remember. I suppose in part it is due to my “getting on in years.” In part though, it was because some very dear ones died way too soon. I am especially missing some very dear, soul sisters in Christ,... 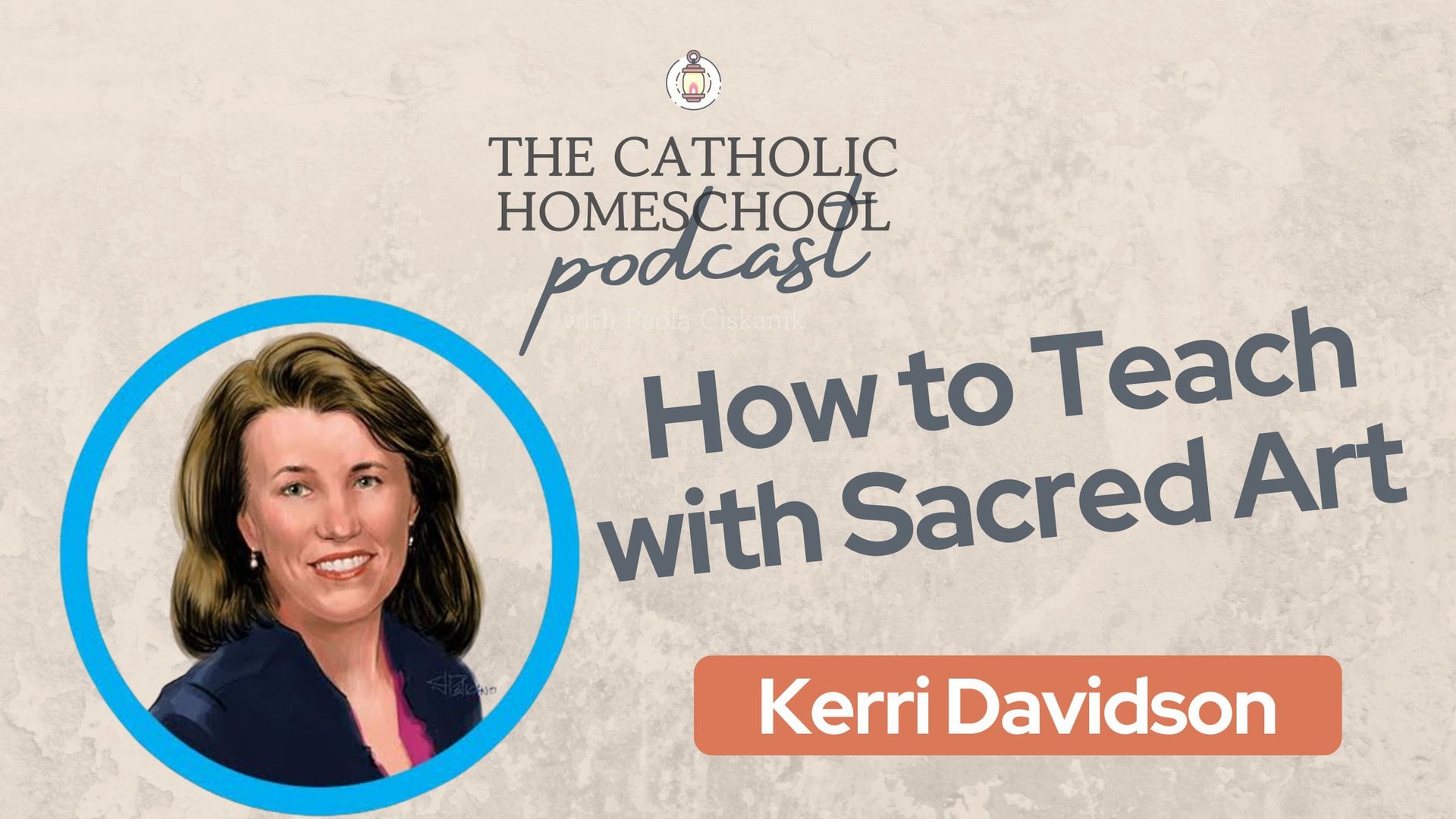 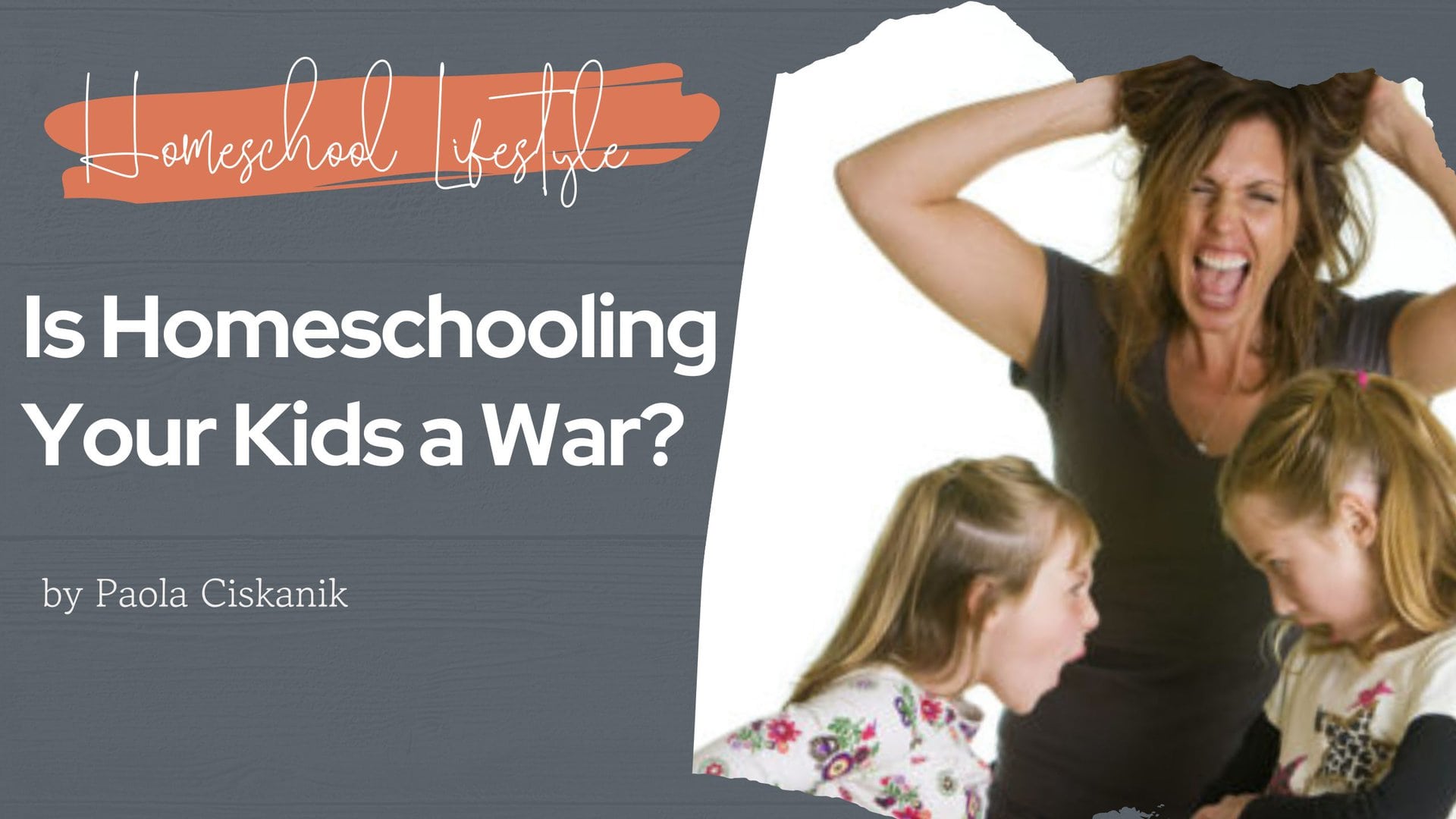 Is Homeschooling Your Kids a War?

Catholic Homeschool Online · Blog Audio: Is Homeschooling Your Kids A War Here we are in the middle of the semester or perhaps close to summer break (for those in the southern hemisphere) and we are struggling, bickering, not getting homeschooling done in any... 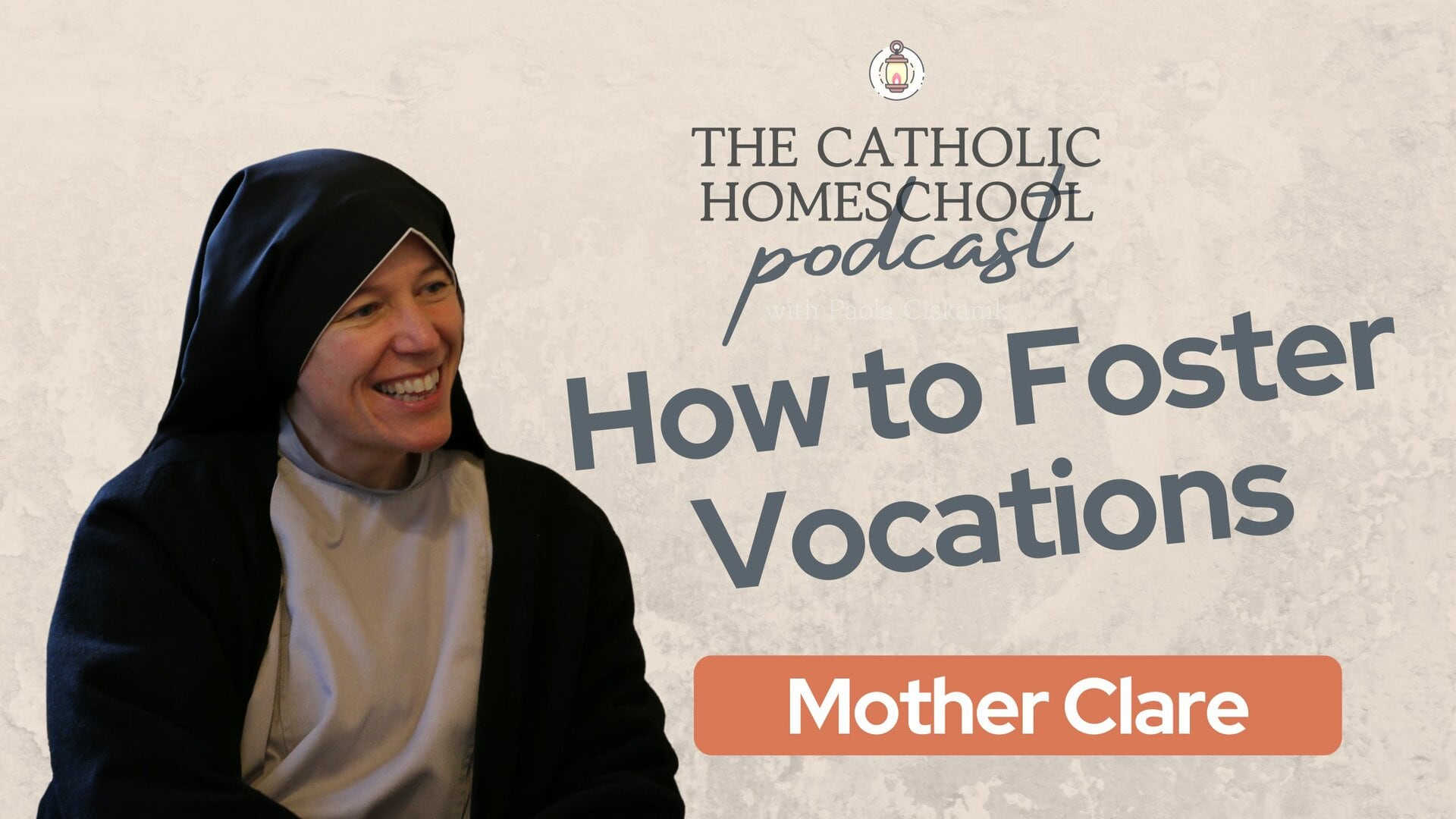 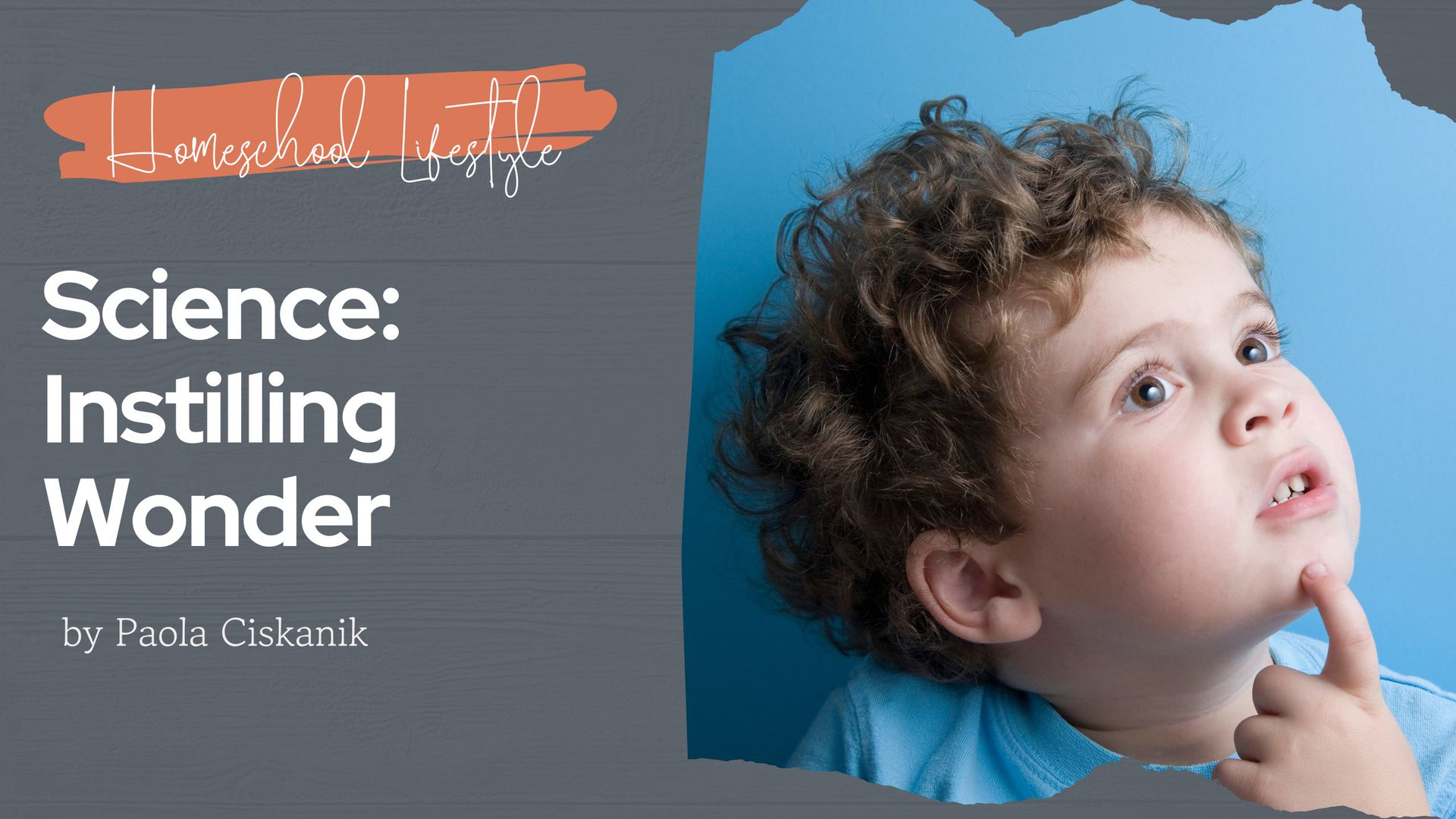 Do you and your kids love science? We do at our house. In fact, several of our kids have expressed this love by completing further studies in science in college. One son currently works in a Lab at Columbia University with his Biology degree and one daughter is a... 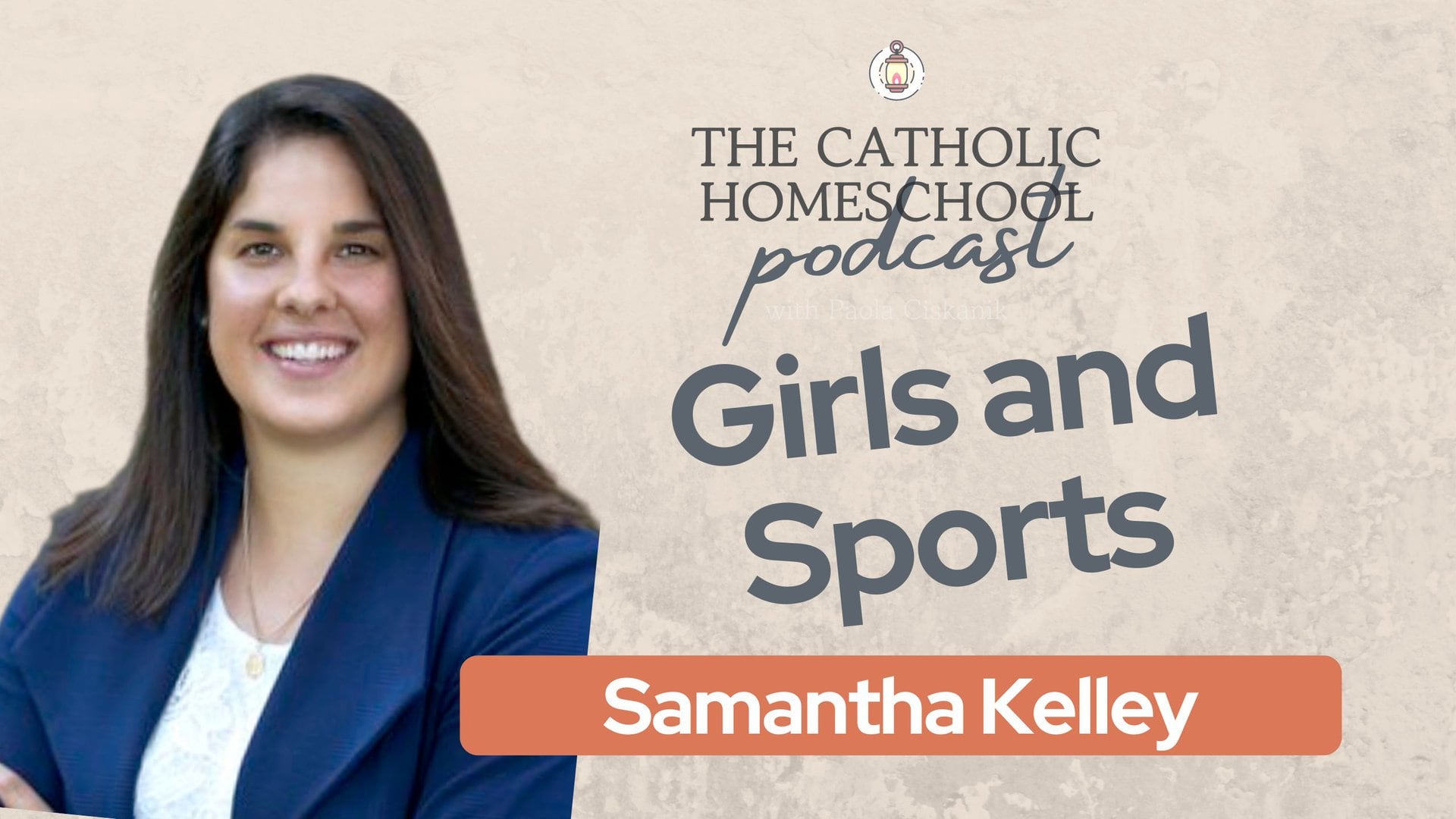 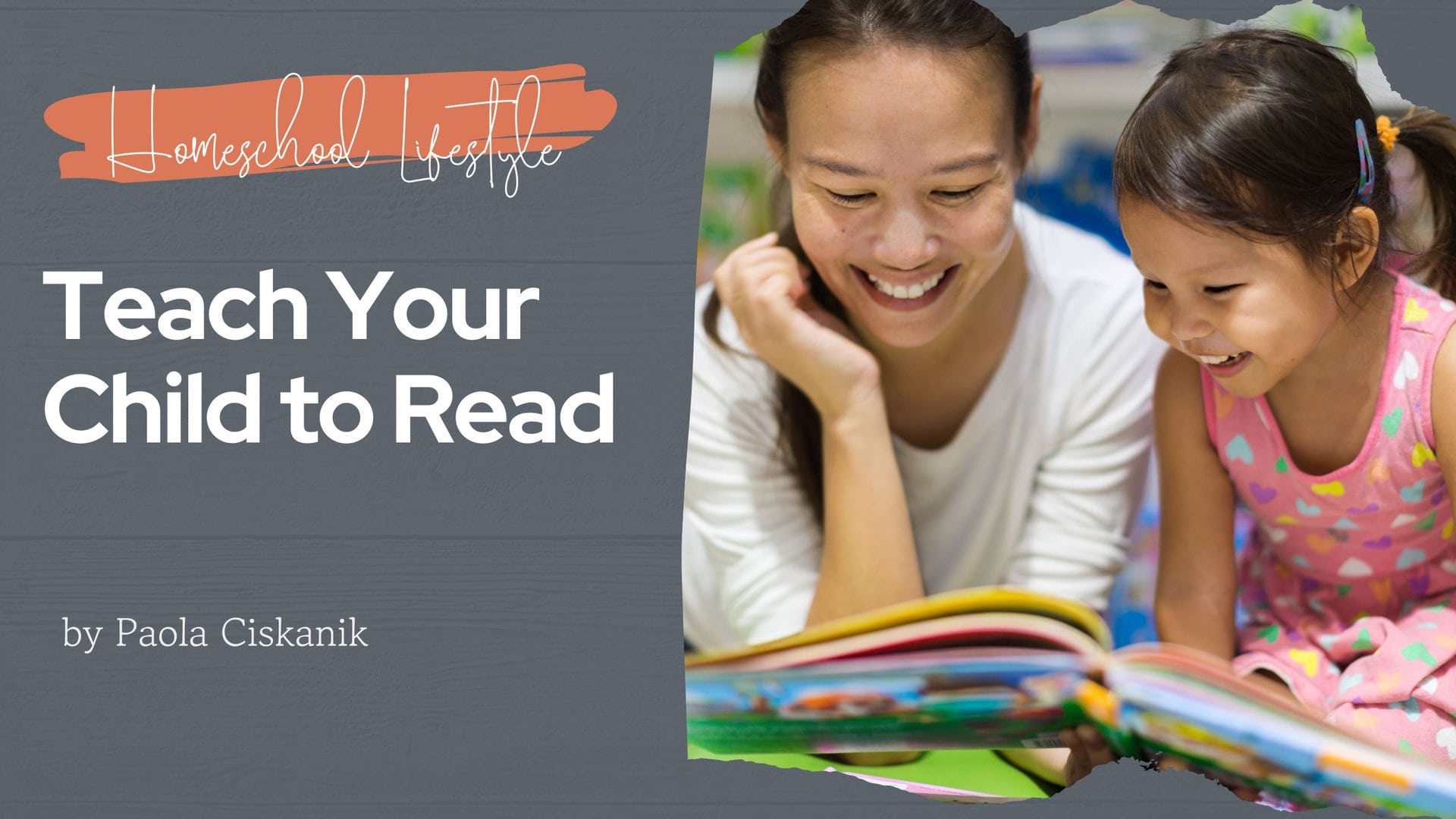 Teach Your Child to Read

There are a variety of ways to begin teaching your children to read.  I have used the book Teach Your Child to Read in a 100 Easy Lessons successfully with six of our seven children (our oldest went our parish school for Kindergarten but that is another story). I... 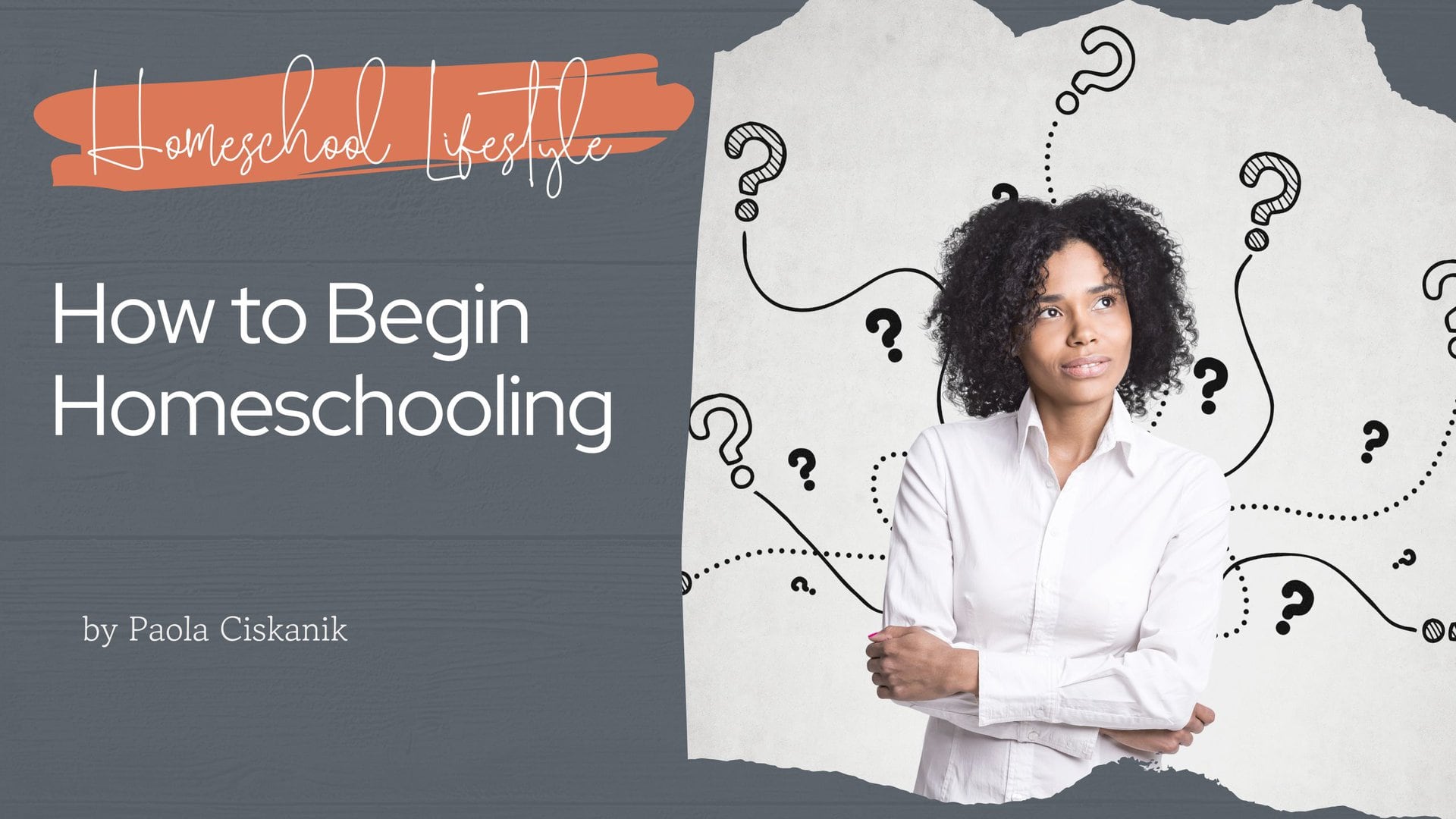 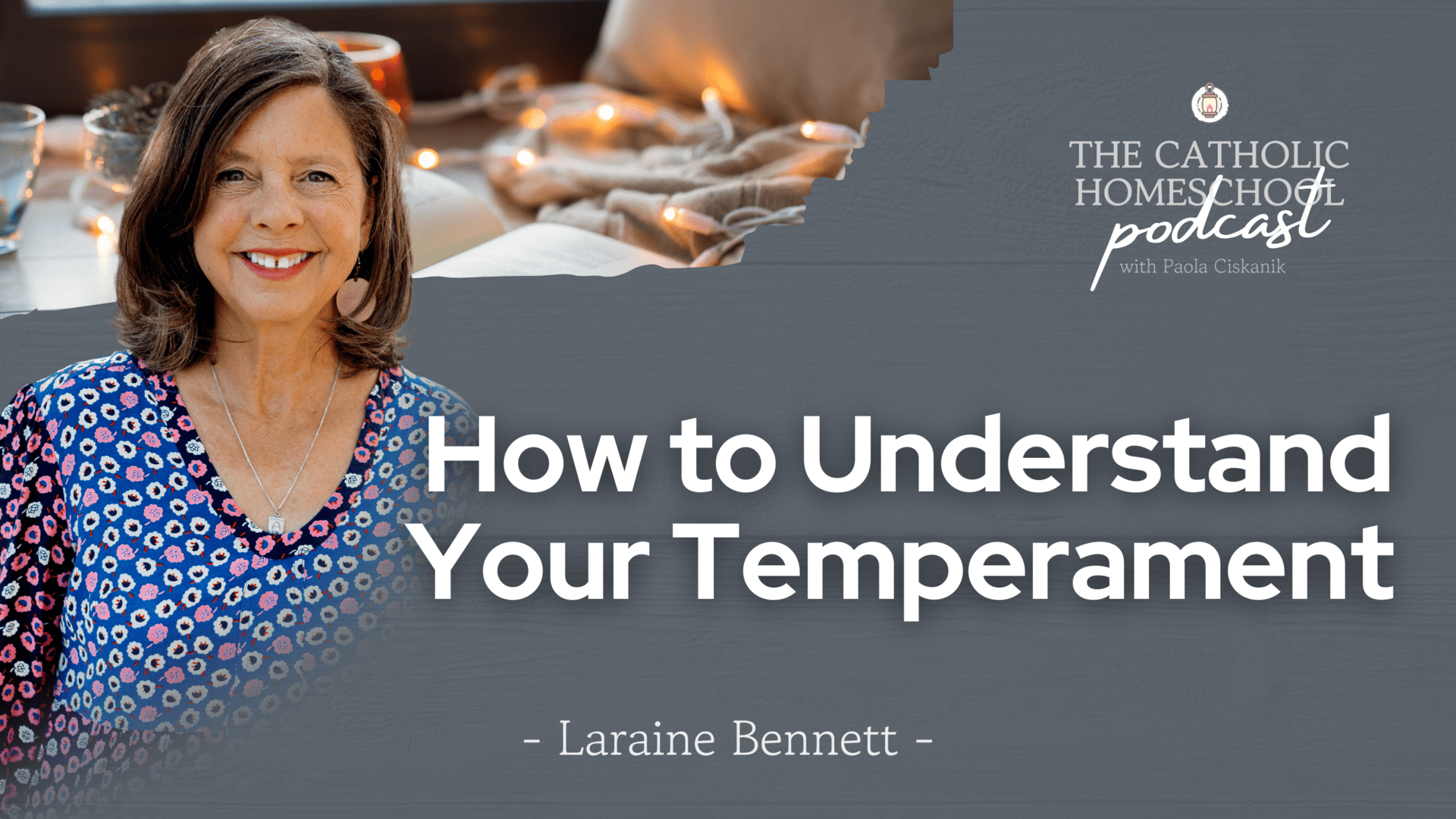 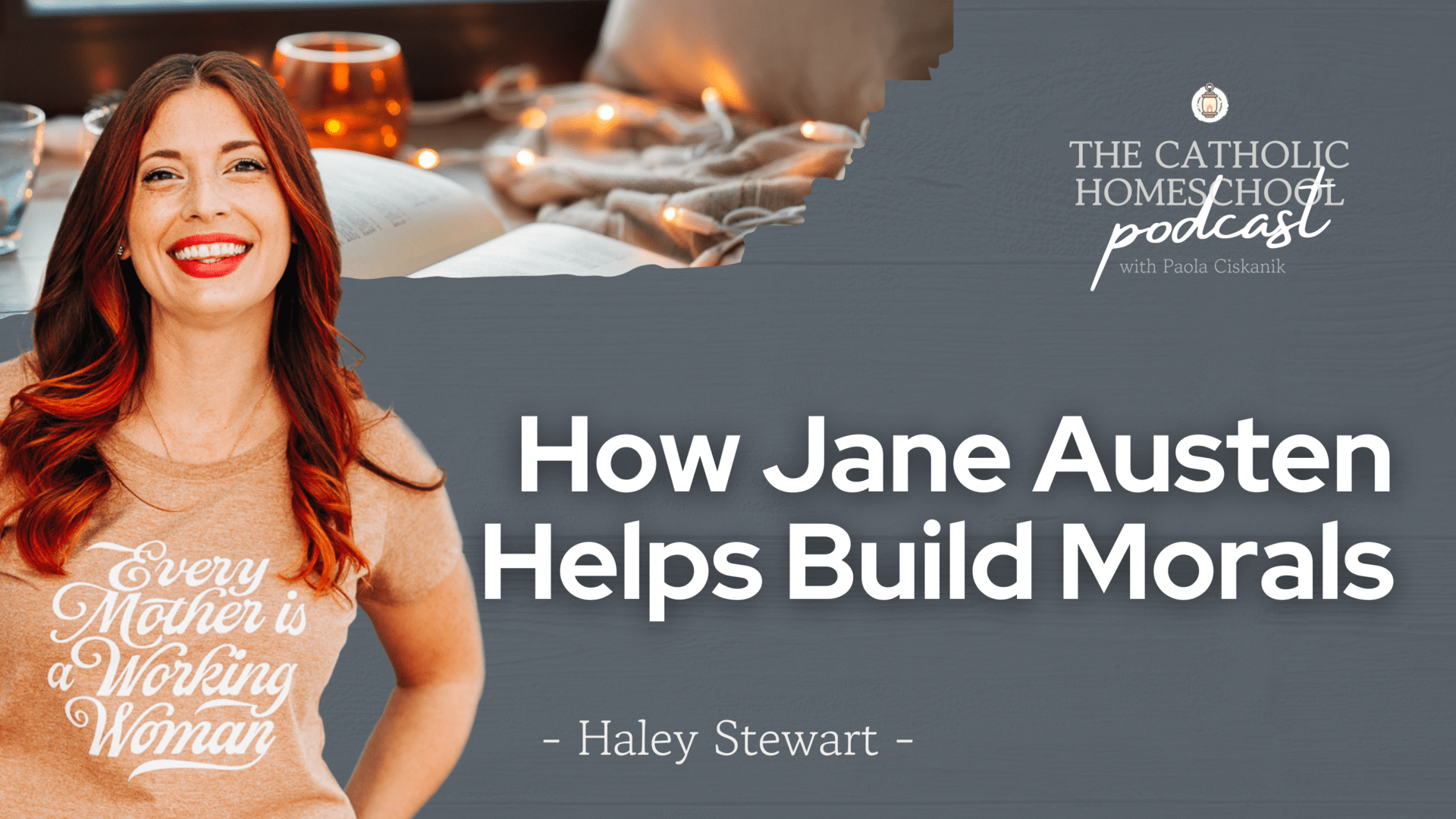 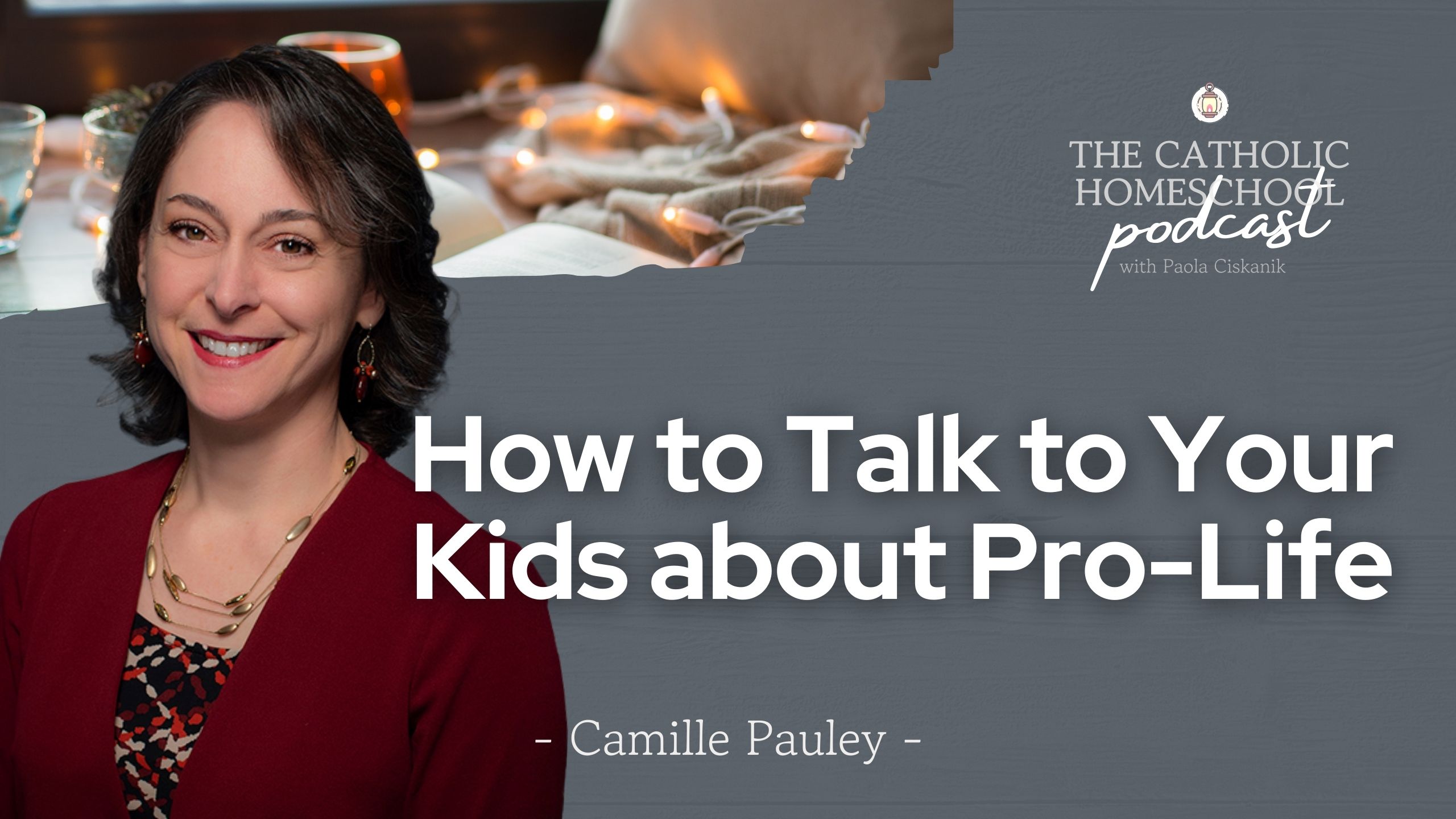